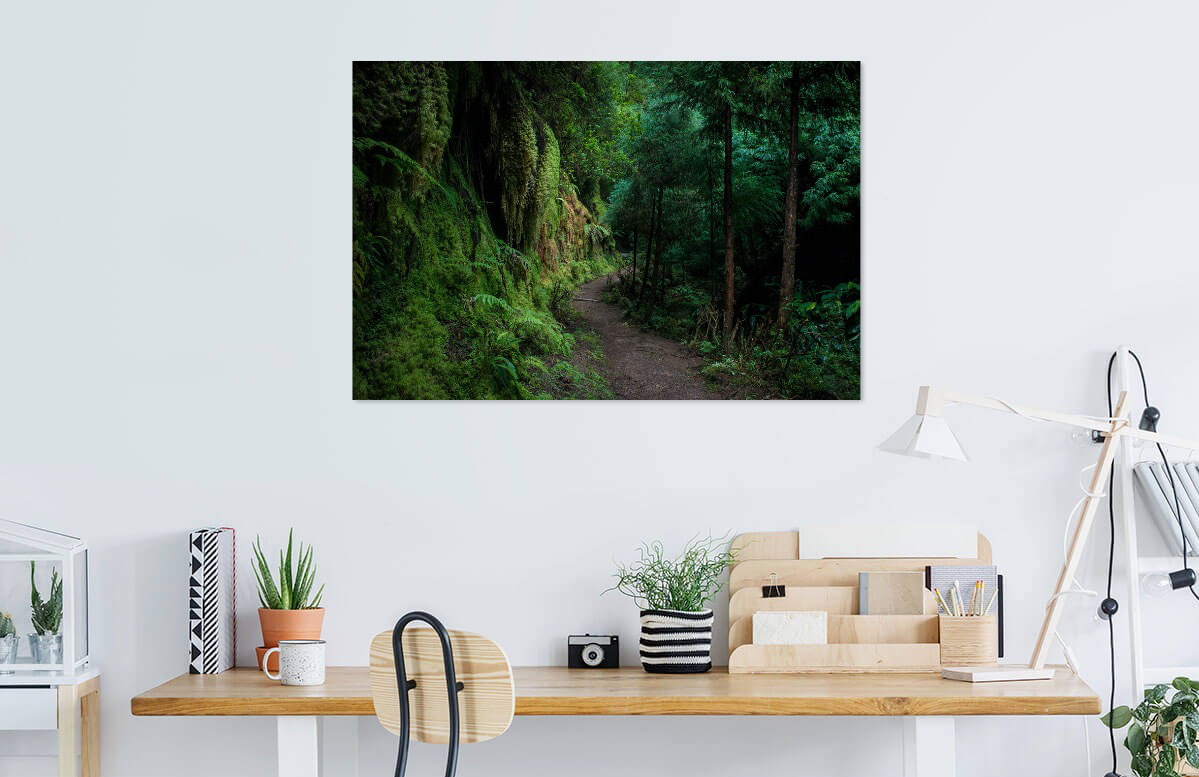 Not every wrong turn leads you down the wrong path.

I’m not big on planning my trips. This can lead to unnecessary problems, but also – luckily – some nice surprises.

While exploring São Miguel (part of the Azores Islands of Portugal,) I really wanted to see the craters from the viewpoint called Boca do Inferno. So, early one morning I took a bus that way to only find out halfway that the bus couldn’t go any further because of an important road being blocked. What now?

My thumb went up and I was lucky enough to be able to hitchhike with a lovely couple who were headed in the same direction. Coming up to the crater we had planned to walk around it, but alas, we took a wrong turn.

The sandy path we were on became smaller and smaller and pine trees, ferns, and high rocks started closing in on us — we realized this wasn’t the way. However, the twists and turns of this ‘wrong’ path intrigued us, edges us on. We just needed to know what was around the next corner.

That was when we came to this fairytale scene. Rocks covered with moss and fern on one side, lit up by the few sun beams that came through the tiny pine trees on the other side. I love how unplanned turns can turn up so beautiful.

You can purchase this photoprint:

In the United States

A Portrait On Your Wall

In a perfect world, I wake with the sun most weekdays, walk out the door and explore villages, forests and ricefields in search of people to portrait. With a camera around my neck, strolling in and out of people’s life’s, looking for a story to tell, I am perfectly...

END_OF_DOCUMENT_TOKEN_TO_BE_REPLACED

Getting out of bed, out of the bedroom, out of your pyjama’s – some days it’s just too much work. Especially now, while we’re all stuck at home. There are times when you just don’t want to. You don’t want to stare at your webcam the entire day, or work at the kitchen...

END_OF_DOCUMENT_TOKEN_TO_BE_REPLACED

Reaching this panorama viewpoint in Ninh Binh isn't for the faint of heart, of the weak of knees – getting up there is only possible by a steep climb of 500 steps. And it's busy – very, very busy (well, maybe not right now.) Although I am not a big fan of tourist...

END_OF_DOCUMENT_TOKEN_TO_BE_REPLACED

Reflection of mountains and clouds

The first country we visited on our never-ending honeymoon was Norway, a strange choice. Strange because Norway is known as one of the world’s most expensive countries and when we went on our trip we certainly didn’t have ‘Norway money’ on our bank accounts....

END_OF_DOCUMENT_TOKEN_TO_BE_REPLACED

It's nearly impossible to not feel happy feelings when watching this famous street art mural made by Ernest Zacharevic. When you walk through the lively streets of Penang on George Town Island, Malaysia, you won't miss the many walls that come to live by his murals....